Skip to main content
Posted by Precious Victor Akah May 02, 2022 Most secular movies teach that seeking revenge is good, commendable and acceptable; and that if you go on a revenge mission (e.g to avenge the death of a loved one), you would be successful and come back unharmed. Nothing could be further from the truth. In reality, a lot of people have gone on a revenge mission and never came back alive; some came back more wounded and emotionally shattered than they left.

What is my point? Getting revenge does not successfully expunge the pains you have. It might assuage you for some minutes but the pain inflicted still remains (e.g the pain of losing a loved one, losing a good job, repeating a class, losing an eye, contracting a terminal disease...) This is why God promises to avenge for us, because when He avenge for us, He brings healing and restoration. Also, God is a JUST JUDGE and He knows how to mete out judgement to those who have wronged you without a cause.
"Dear friends, never take revenge. Leave that to the righteous anger of God. For the Scriptures say, “I will take revenge; I will pay them back,” says the LORD. "Romans 12:19"
I saw this movie where a little girl's parents were murdered by thugs that invaded her town - right in her presence. She wept bitterly and vowed to avenge the death of her parents. Years after, with the help of her uncle (who is a warrior), she mastered all the fighting skills she needed to accomplish her revenge mission. Guess what? Like secular movies would always project and portray, she successfully carried out her mission with the help of her uncle and other citizens of her town; she killed all the thugs that murdered her parents.
However, the funny thing that happened was that the moment she killed those thugs, one would expect for her to start rejoicing and dancing, never to be sad again; but that was not what happened. This is what happened: she broke down and started crying. Why? Avenging the death of her parents did not take the pain of losing her parents away. It did not resurrect her parents neither did it restore her parents to her.
And so, this is why leaving vengeance for God is the best choice. God will heal you of the pain and restore what was lost back to you in a greater way you never envisaged: a better job, a better contract, a better person to do life with; someone that will love you better than your late spouse; people that will give you better parenting than your late parents would have done. How do I know this? God always replaces whatever is lost with what is better. Naaman lost his skin and body to leprosy, but God healed him and gave him a new skin and body like that of a child ( 2 Kings Chapter 5). The nation of Israel lost King Saul and God gave them a better King (King David).
God promises perfect HEALING and RESTORATION when you leave vengeance for Him. But when you seek vengeance yourself, you do not get perfect healing and restoration. You may even lose more precious things (including your own life) in your pursuit of vengeance. Leave vengeance for God. Let's look at this incident in the Bible where King Saul tirelessly sought for David to take his life due to envy and jealousy. You can read the whole story in 1 Samuel Chapter 26.
"So David and Abishai went right into Saul’s camp and found him asleep, with his spear stuck in the ground beside his head. Abner and the soldiers were lying asleep around him. “God has surely handed your enemy over to you this time!” Abishai whispered to David. “Let me pin him to the ground with one thrust of the spear; I won’t need to strike twice!” “No!” David said. “Don’t kill him. For who can remain innocent after attacking the Lord’s anointed one? Surely the Lord will strike Saul down someday, or he will die of old age or in battle. The Lord forbid that I should kill the one he has anointed! But take his spear and that jug of water beside his head, and then let’s get out of here!” 1 Samuel 26:7-11
Then Saul confessed, “I have sinned. Come back home, my son, and I will no longer try to harm you, for you valued my life today. I have been a fool and very, very wrong.” “Here is your spear, O king,” David replied. “Let one of your young men come over and get it. The Lord gives his own reward for doing good and for being loyal, and I refused to kill you even when the Lord placed you in my power, for you are the Lord’s anointed one. Now may the Lord value my life, even as I have valued yours today. May he rescue me from all my troubles.” And Saul said to David, “Blessings on you, my son David. You will do many heroic deeds, and you will surely succeed.” Then David went away, and Saul returned home." 1 Samuel 26: 21-25
David was presented an opportunity to take revenge on King Saul who had been trying to take his life. I suppose the Lord tested David to know if he would take vengeance himself or leave Him (God) to avenge for him. That was why the Lord put King Saul and all his men into a deep sleep. But David did not harm Saul. And guess what? Saul took his own life in 1 Samuel Chapter 31:1-6 after being critically wounded in a battle with the Philistines. Not only that, he lost his three sons in the battle as well. See what happens when you leave vengeance for God. If David had killed Saul, it would have been added to his biography as the man who murdered the anointed King of Israel.
"Now the Philistines attacked Israel, and the men of Israel fled before them. Many were slaughtered on the slopes of Mount Gilboa. The Philistines closed in on Saul and his sons, and they killed three of his sons—Jonathan, Abinadab, and Malkishua. The fighting grew very fierce around Saul, and the Philistine archers caught up with him and wounded him severely. Saul groaned to his armor bearer, “Take your sword and kill me before these pagan Philistines come to run me through and taunt and torture me.” But his armor bearer was afraid and would not do it. So Saul took his own sword and fell on it. When his armor bearer realized that Saul was dead, he fell on his own sword and died beside the king. So Saul, his three sons, his armor bearer, and his troops all died together that same day." 1 Samuel 31:1-6
Did someone hurt you and you're thinking, planning and strategizing on how to hurt them back? I would like you to read these four scriptures below and do the right thing.
Proverbs 20:22
Do not say, "I will avenge this evil!" Wait on the LORD, and He will save you.
Leviticus 19:18
Do not seek revenge or bear a grudge against any of your people, but love your neighbor as yourself. I am the LORD.
Deuteronomy 32:35
Vengeance is Mine; I will repay. In due time their foot will slip; for their day of disaster is near, and their doom is coming quickly."
Proverbs 24:29
Do not say, "I will do to him as he has done to me; I will repay the man according to his work."
God bless you as you choose to do the right thing by leaving God to avenge for you.
Read Last Week's Blog Post 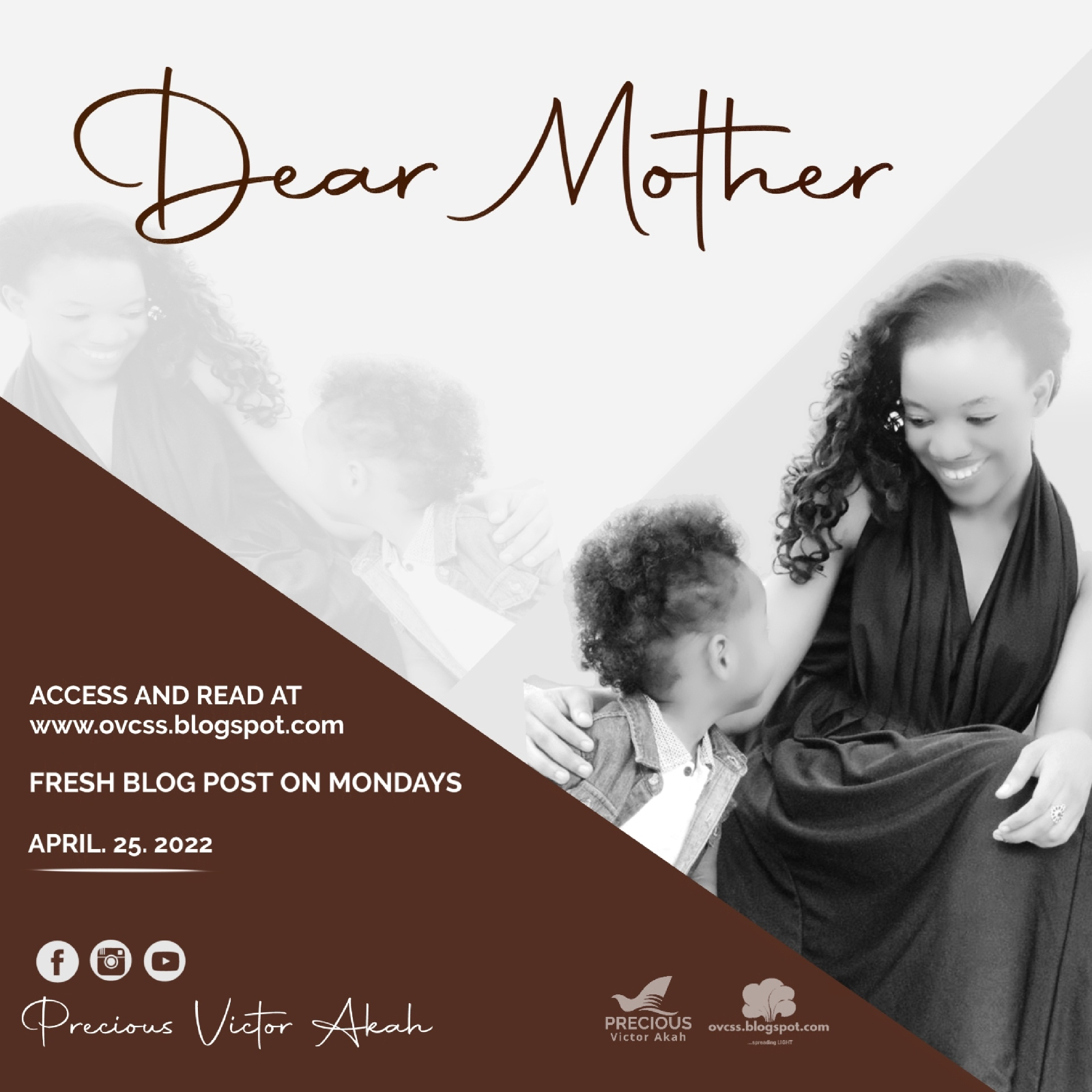 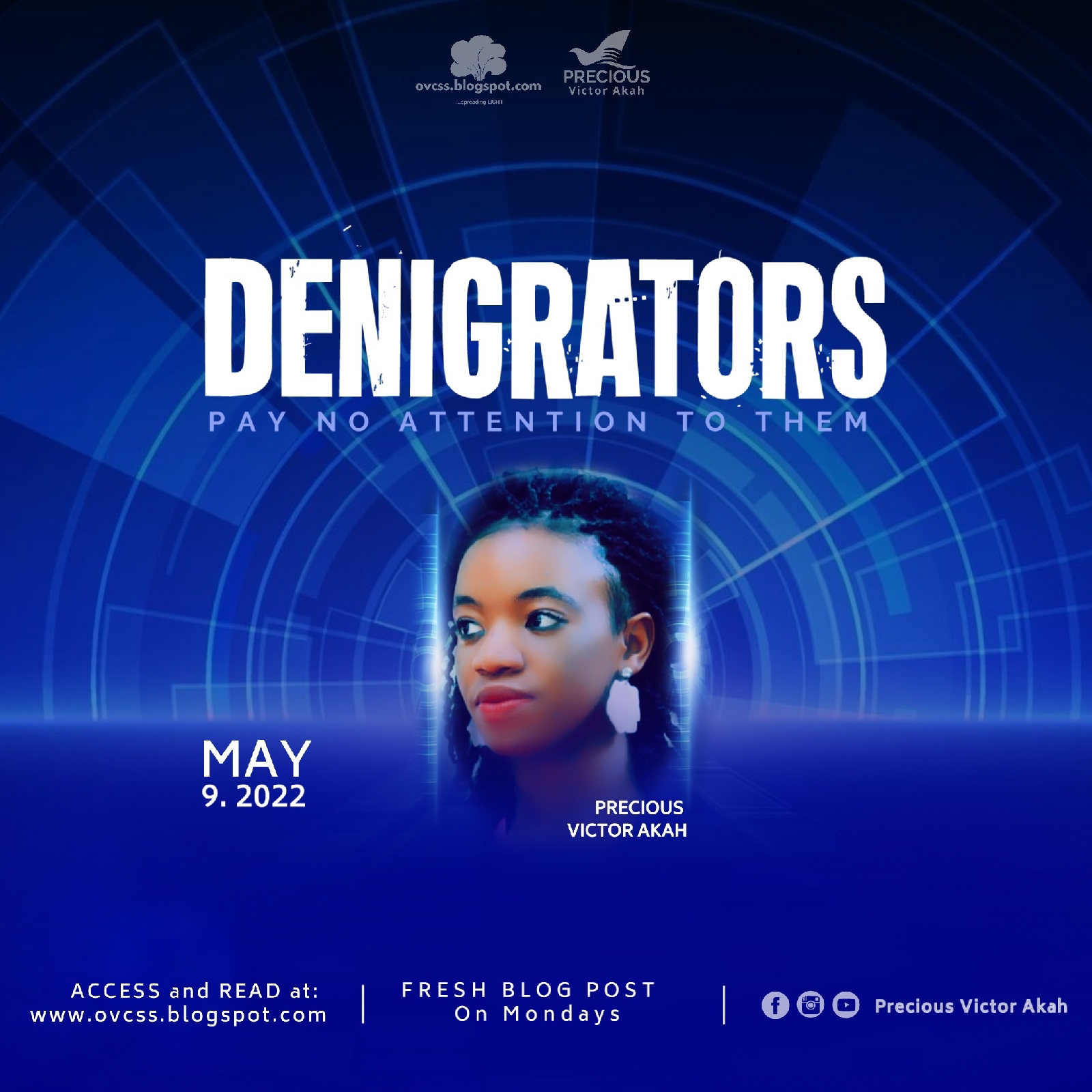 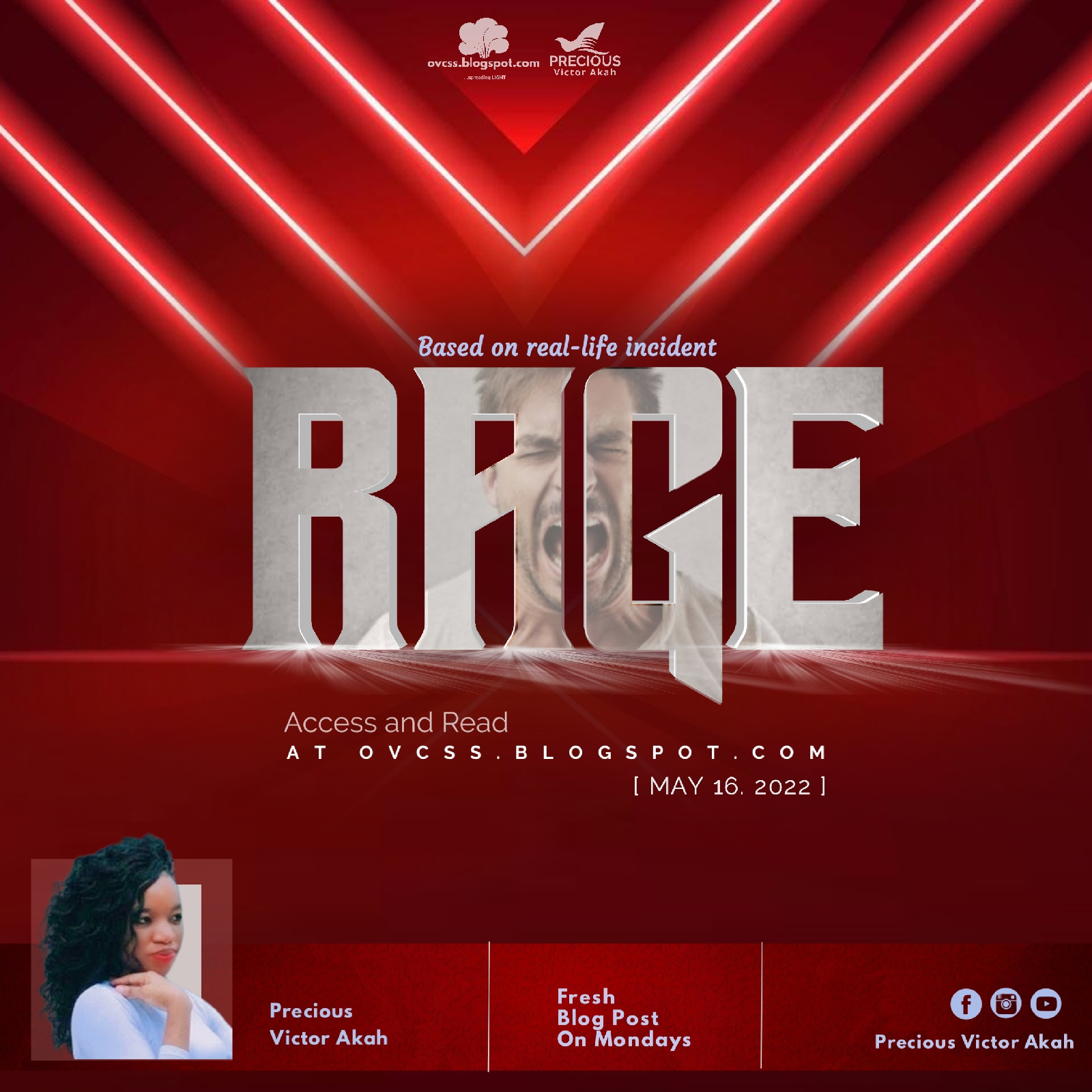 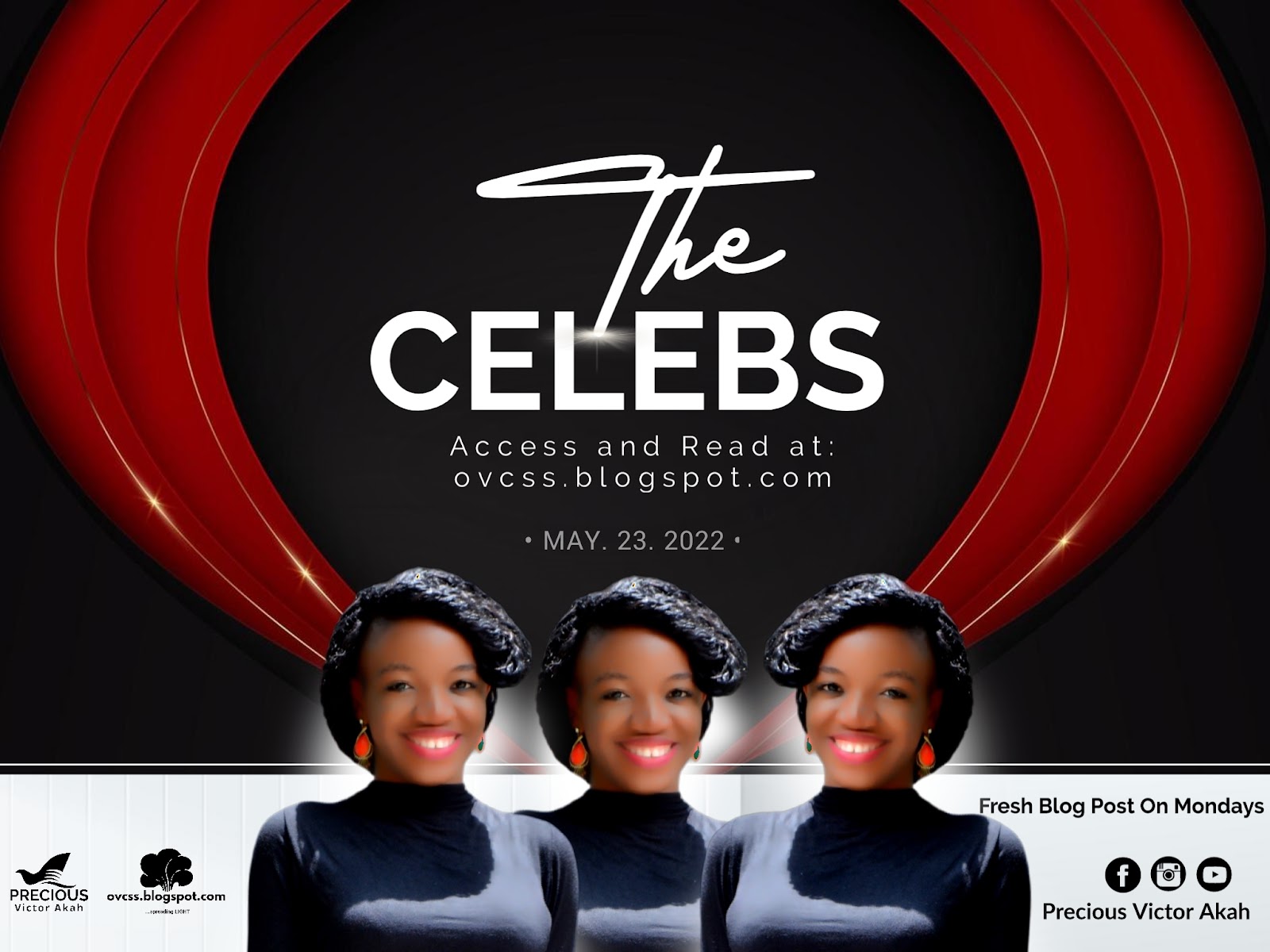