Skip to main content
Posted by Precious Victor Akah May 30, 2022 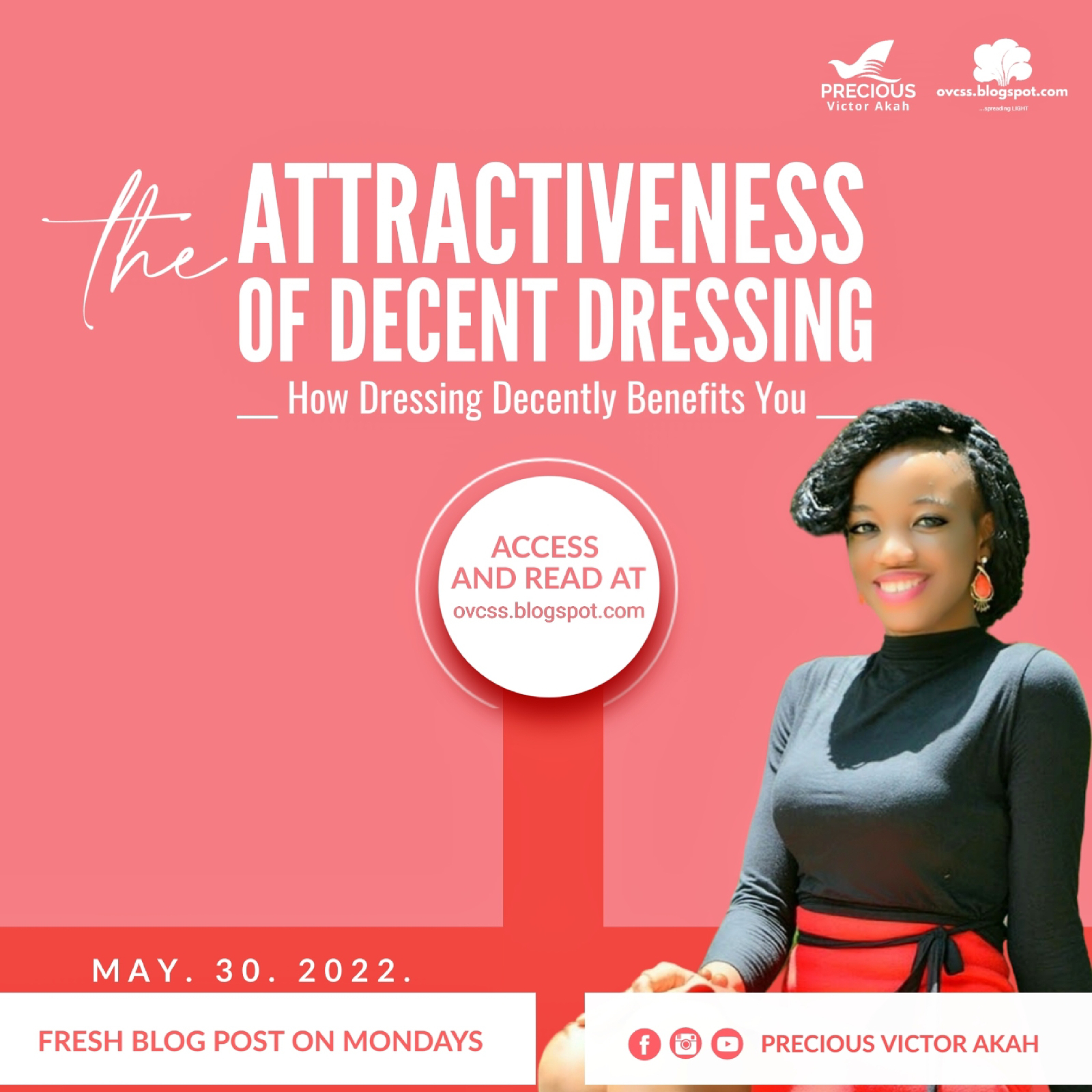 Contrary to what some people think, decent dressing or decency in dressing is fashionable. It is not old-fashioned, archaic nor wacky, neither does it make you look stupid, unintelligent and unattractive as some think. Indecent dressing actually is what gives the impression that someone is unintelligent, irresponsible or unattractive. When you see a man sagging his jeans, pants or trousers, parading his undergarment (boxer shorts) that is meant to be an inner wear, it is really not a pleasant sight for majority of people. The same goes for a woman flaunting her breasts, thighs and stomach in scanty clothes.

What is decent dressing? It is the style of dressing that provides comfort, sufficiently covers ones nakedness, commands the respect of people and brings delight to God. What is indecent dressing? It is the exact opposite of decent dressing: a dressing that fails to provide comfort, fails to sufficiently cover ones nakedness, fails to command the respect of people and fails to bring delight to God.
Decency in dressing is one of the marks of a true believer in Christ. 1 Timothy 2:9 says, "Women, for their part, should display their beauty by dressing MODESTLY and DECENTLY in APPROPRIATE clothes, not with elaborate hairstyles or by wearing gold, pearls, or expensive clothes" (ISV)
"And I want women to be modest in their appearance. They should wear DECENT and APPROPRIATE clothing and not draw attention to themselves by the way they fix their hair or by wearing gold or pearls or expensive clothes." (NLT)
If everyone is going naked under the guise of fashion, a true believer in Christ is not influenced in any way. He or she knows that decent dressing is perpetually in vogue in the kingdom of God they belong to. It may be considered out of fashion in the world, but it remains fashionable in the heavenly Kingdom they belong.
When you're in touch with the Kingdom and are conscious of your citizenship in the Kingdom of God, you'll not admire the indecent or seductive dressing of the world nor purposely dress for the world to applaud, admire and adore you, but your chief goal in dressing will be to honor God and promote sexual purity.
HOW DOES DECENT DRESSING BENEFIT YOU?
You can agree with me that even though secular fashion designers, clothiers, couturiers and tailors seem to be going haywire in the style of clothes they design, sew, advertise, sale and market, and a lot of people are copying the crazy dress-sense of secular models, fashion designers and celebrities, the salient and sometimes unspoken truth is that most people (even unbelievers) frown at anyone who is indecently dressed, but almost everyone has no issue with decent dressing.
When you appear for a job interview indecently dressed, the chances of you being rejected on the grounds of indecent dressing is exceptionally high, but with a decent outfit and appearance, your chances of success is increased.
When you walk pass a group of police officers on duty, if you're indecently dressed as a man or a woman, the chances of you being stopped, harassed and unnecessarily interrogated and of being misjudged and tagged an irresponsible civilian is quite high, but that is never the case with a decent appearance.
When praying for a life partner as a woman, you have a high chance of attracting wrong people to yourself: those who'll come wanting to have access to your body (asking for sex) and those who will desire to marry you just for sex (they're not driven by genuine love) if your dress sense is one that makes any man who looks at you immediately think of sex, but with a decent look, wrong people are filtered away and good people are usually drawn to you. And if you're looking for a responsible woman to marry as a man, responsible women can reject your marriage proposal if you're always dressed irresponsibly, but with a decent appearance, you can get a yes from a responsible woman.
Many unbelieving men and lustful men with no self-control may be attracted to a woman who's seductively and provocatively dressed and flirt with her, but when these men want to settle down with a life partner, many of them usually will look for a woman who dresses decently to marry because they believe they're wife materials, and also, they do not want the woman they marry to parade her nakedness before other men and have their male friends lusting after their wives.
With indecent dressing also, your intentions can be misinterpreted, your actions can be misconstrued, your character can be misjudged and you can be assigned the wrong identity. But with decent dressing, you get the opportunity to communicate to people who you are and what you stand for without speaking. You equally get the privilege to make people address you the way you want to be addressed and who you want to be addressed as.
Finally, I know you don't want people to judge you by your dressing if you're someone who dresses indecently, but unfortunately, that is something you can't stop because it is practically impossible. So the earlier you accept this truth and make the needed changes in your dressing, the better your experience with people will be and the better reviews, recommendations, approvals, acceptance, commendation, and respect you'll get. Because the percentage of people, generally, who love, esteem and pay attention to decent dressing largely outweighs those who are indifferent to indecent dressing. The statistics is equally the same in many non-Christian nations.
Indecent dressing is a huge concern; it is a big deal globally. Ditch indecent dressing and embrace decent dressing to have the opportunity to reach out to more people without hindrance, especially as a born again child of God desiring to see more success in your personal soul-winning efforts and evangelism outreaches.
Read Last Week's Blog Post
God bless you. 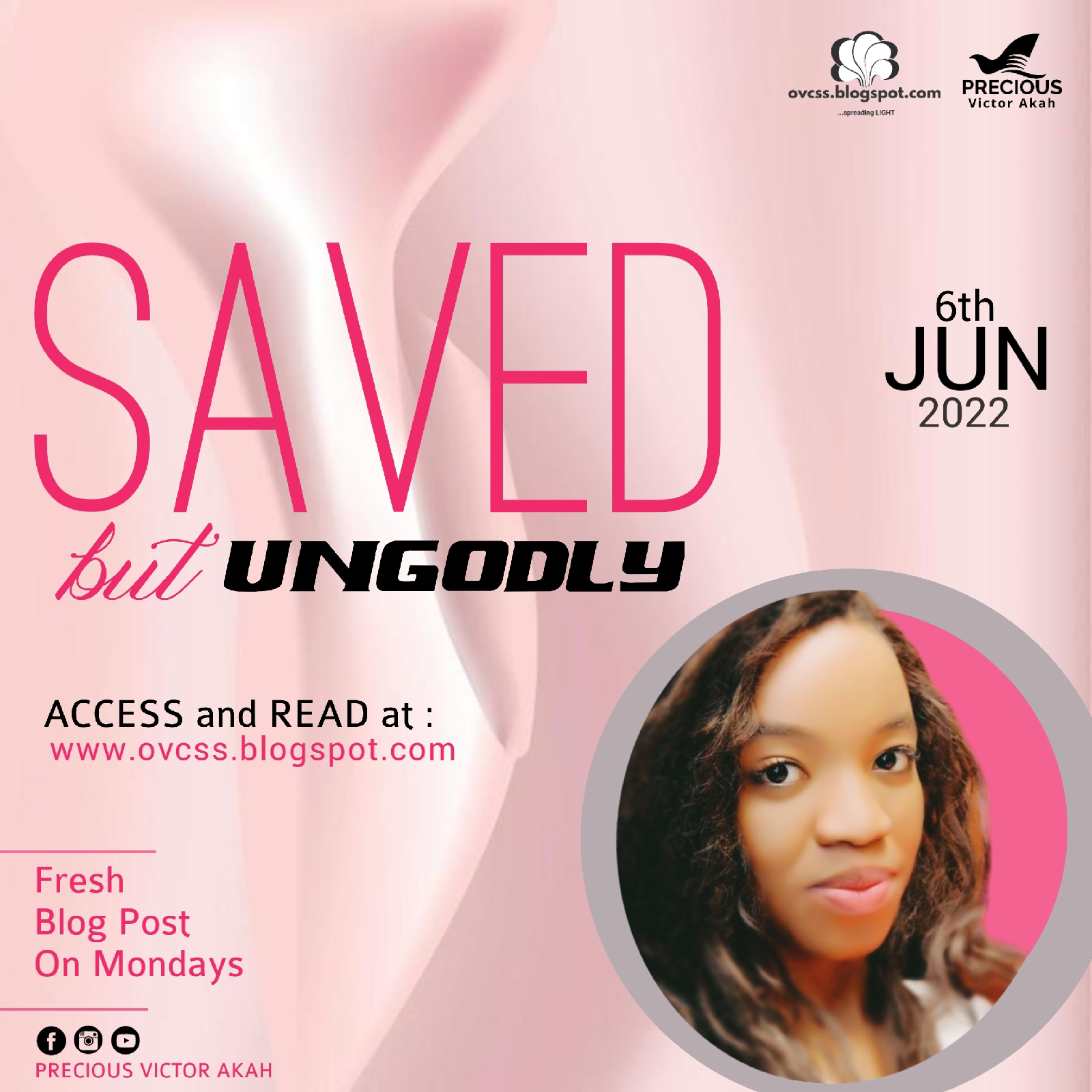 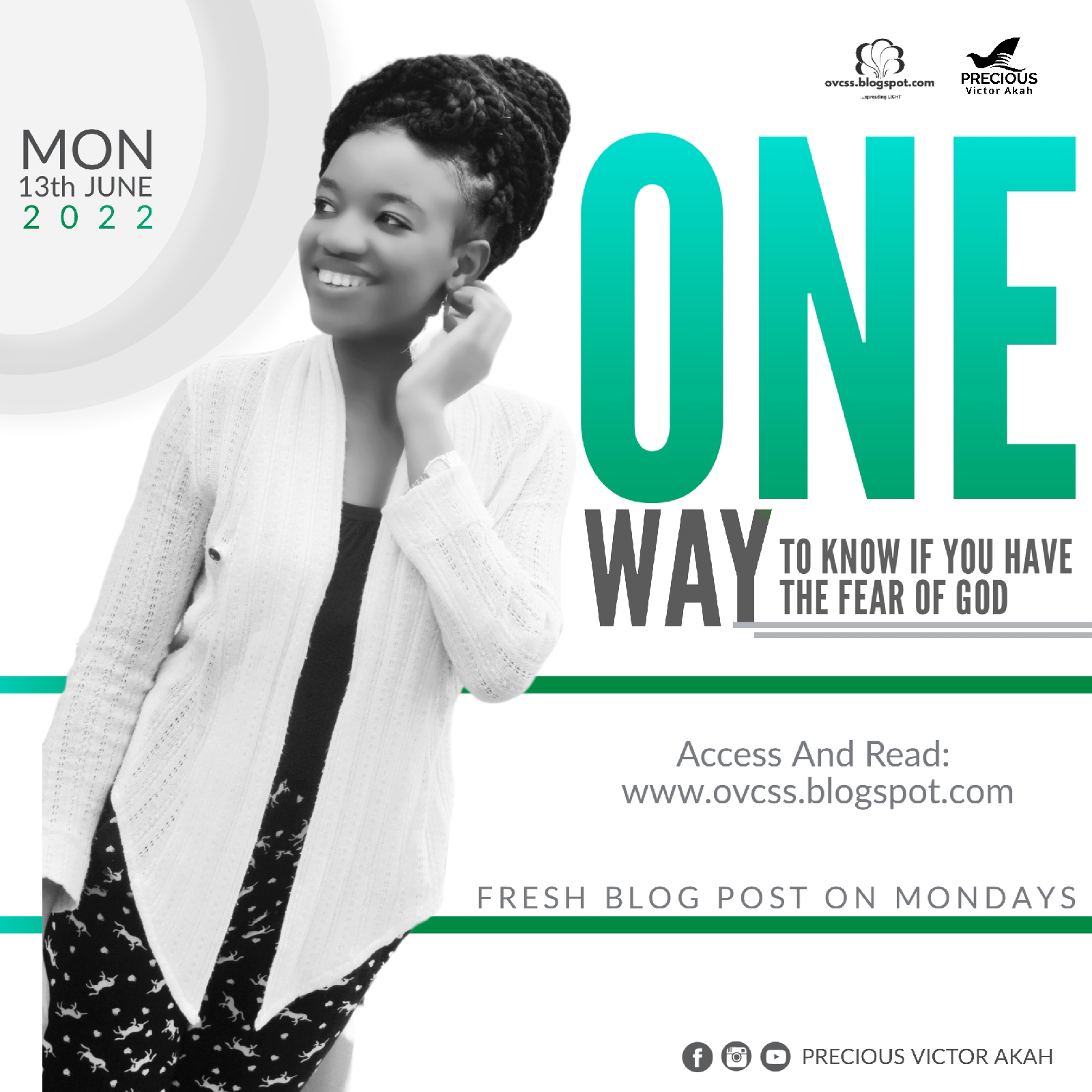