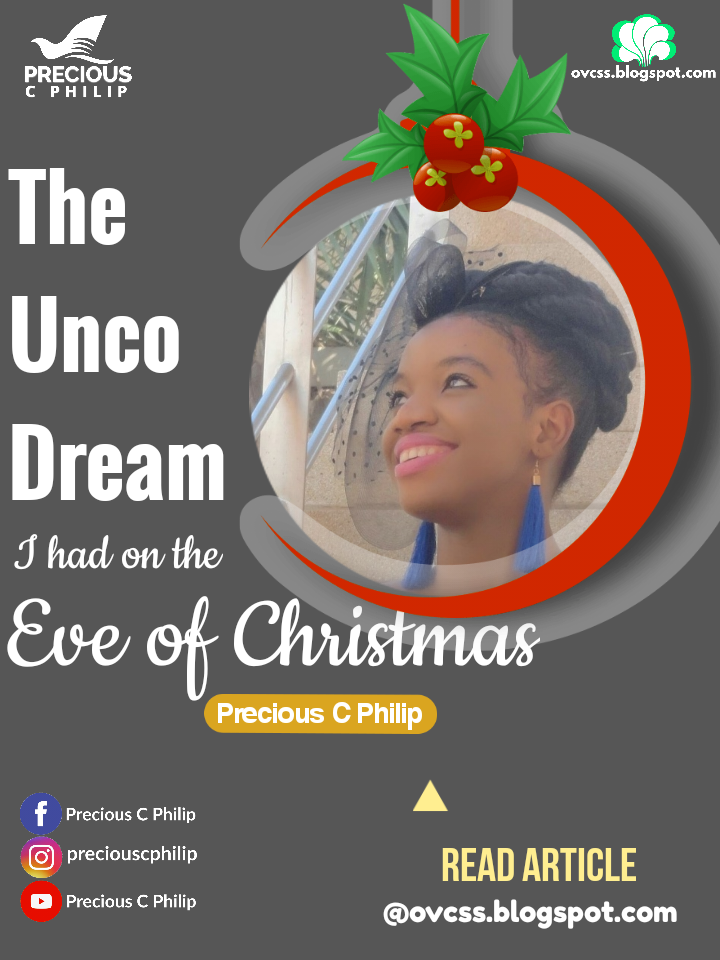 I always set an alarm at 4:50 am to wake up on week days. On this particular day - December 23, I forgot to set my alarm (which I later realised it was the work of the Holy Spirit). After reading 2nd Chronicles chapter 20 (as I am presently studying the book of 2nd Chronicles), I prayed and then slept and had a dream.

In the dream, I saw myself trying to pass through a small bridge in the neighborhood (in my home country - Nigeria), but I realised that people were being inspected before they could pass through the small gate at the end of the bridge, and it was with respect to Coronavirus disease 2019 (COVID‑19).

But instead of checking people's temperature and if they have face masks on, what the officers at the end of the bridge were doing rather was asking people to put forth their thumb finger so they can cut open (with a sharp knife) the back of their thumb finger to take some blood (for examination purposes according to them).

This inspection style was awful to me, but I still submitted to their directive. However, I began to complain silently and to speak againt their style of inspection after undergoing it.😄 I never knew that the officers heard me. So they took me out of the line. At this point I had to apologise for saying whatever I should not have said.😀But my apology was not accepted.

The next thing I heard was someone falling at my back; I turned immediately to see what was happening, only to see one of the officers falling down with a matchet in his hand. Unknown to me, he had tried to kill me with the matchet, when an unseen force hit him and he fell down to his death. I smiled in the dream knowing who was behind his death -my Heavenly Father.

When the other officers saw what had happened, one of them hurried with his matchet, stood in my front and forcefully pulled off his matchet to hit me; I quickly warned him to stop that he cannot harm me. My exact words to him were: "I am a child of God; you cannot harm me." But he didn't take my warning because he was consumed with anger and revenge, so as he tried to hit me with his matchet, he fell on his back and died too. This attracted the attention of everyone around.

Now, the head officer had to come fight me.😀 He pulled off his matchet and first attempted to touch me with it to see if it could touch my body. When he did and the matchet touched me, he heaved a big sign and smiled (thinking I am vulnerable). As he prepared to make a second attempt, this time to kill me, what I heard in my inner man was PRAISE GOD. The scripture I had read before sleeping (2 Chronicles 20) I believe had something to do with this instruction I received, because it speaks of God fighting our battles when we praise Him.

I immediately began to sing, dance and praise God joyfully. As I was doing this, he reached out his hand to hit me with his matchet, only for him too to fall to his death. At this point, everyone had to come join me to praise my God, and I began to tell them about the power of Jesus; then I woke up, it was 4:58am. I was shocked seeing the time, then I realized I didn't set the alarm that day and the Holy Spirit did not wake me up like He would usually do anytime I forget to set the alarm. But I then realized that the Holy Spirit allowed it for a purpose and He woke me up after giving me victory and dropped this word in my heart, "You need to share this".

Now, you might be tempted to trivialize, belittle, make light or even make fun of this dream, but the question I have for you is: if you had had such a dream, would you had been impregnable or would you had been vulnerable? Some people have died in their sleep from similar encounters. Others, after being killed in the dream, wake up successfully, but within few days they are gone. Because whether you believe it or not, the spiritual controls the physical, and things first happen in the spirit before they take place in the physical world.

Terrible things unheard are happening in the world. Your only place of safety is in Jesus. The Holy Spirit asked me to tell you reading this that there is no place on earth where you would be secured except in Christ Jesus. He said you should not seek protection for yourself, your children, your marriage, or your loved ones from a satanic secret society, cult, organization, witches, spiritists, false prophets, witch doctors... because they cannot offer real protection. Only in Jesus can you find real protection and all-round protection. Therefore, surrender your life to Jesus today and be secured.

There is great evil untold in the world. There is wickedness in the world. So you need divine protection that only comes from God, but God protects only His children. To become one of His children, you need to accept Jesus as your Saviour and submit to His will and make His teachings in the Bible your standard for living.

Real power is in Jesus Christ.

Real protection is in God.

Side note: If you are a child of God reading this and a big challenge that seems insurmountable is facing you, I encourage you to take some minutes, hours or days to praise God and hand over that challenge, problem, difficult situation or battle to Him to fight for you and give you victory without you fighting. Praise works indeed!