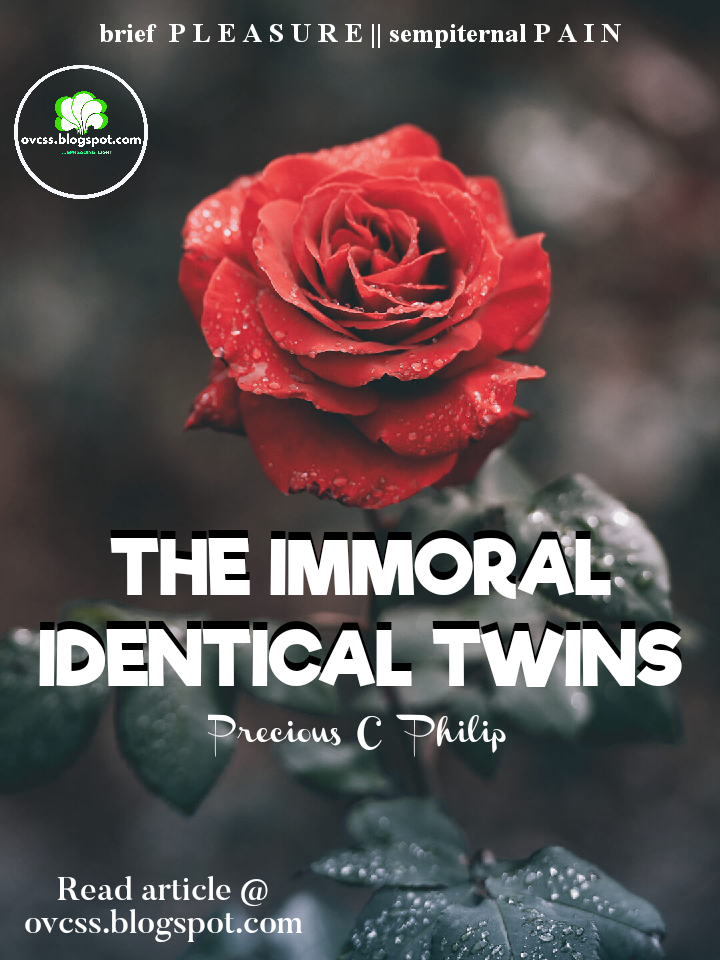 "Let marriage be held every way in honour, and the bed be undefiled; for fornicators and adulterers will God judge." Hebrews 13:4

It is strange how the world thinks adultery is bad, but believes pre-marital sex is okay. It is quite funny because they forget that majority of today's adulterers were yesterday's fornicators. They were having sex before they got married, now that they're married, did they suddenly transform into a different individual? Not at all! What changed is their marital status and the prefix added to their names; the personality/individual never changed. So the habit they developed before marriage to have sex with different persons and be comfortable with it remains with them; the option they have now is to satisfy this habit by having extra-marital sex .

A habit that is developed before marriage cannot be suddenly dropped after marriage.

Pre-marital sex and extra-marital sex are identical in the sense that those who practice them are both having sexual relations with someone they're not married to. Therefore, if you build the habit of comfortably having sex with someone you're not married to before marriage, after marriage, you'll likely continue with the habit; and if you don't continue because you've built some level of self control, when you find yourself under serious pressure or temptation to sleep with someone you're not married to for a gigantic material gain or under a threat that if you don't you'll lose your life or something of great value, you're more likely to give in.

Therefore, the way to stop or reduce the level of adultery being practiced in our world today is to tell young people to abstain from pre-marital sex and make them know it is wrong. The truth remains that every fornicator is an adulterer trainee. Eight out of ten persons that engage in sex before marriage will engage in extra-marital sex when under pressure, serious temptation or challenge.

The lifestyle of fornication doesn't end when you marry; Fornicators are Adulterers in Training.

Are you single and sexually active? Repent today from the immoral lifestyle of fornication if you don't want to end up as an adulterer. Stop engaging in pre-marital sex if you sincerely desire to be faithful to your spouse after marriage.

Are you married but having extra-marital sex? Repent today from the sin of adultery. Give attention to what God's word says in 1 Corinthians 6:9-10 "Do ye not know that unrighteous [persons] shall not inherit [the] kingdom of God? Do not err: neither fornicators, nor idolaters, nor adulterers, nor those who make women of themselves, nor who abuse themselves with men,nor thieves, nor covetous, nor drunkards, nor abusive persons, nor [the] rapacious, shall inherit [the] kingdom of God."

Visit ovcss.com if you desire to break free from fornication or adultery.