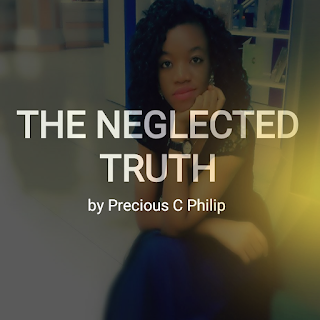 I was watching a Christian movie titled "THE FIRST FLIGHT" some weeks ago, and something that has not occurred to my mind for a long time now hit me as a particular scene played out. A young Christian lady, who has persistently resisted the sexual advances of her boss at work on the grounds of being a God-fearing Christian who shuns sinful practices - missed the rapture of the saints. The following day, she went to work and her boss began mocking her saying, "After all your "holy holy" attitude and firm refusal to go out with me because of being a Christian, you missed the rapture!" She could not utter a word because of shame. She kept mum and bowed her head in shame. Her boss further added, "Since you missed the rapture after all your show of holiness, we'll now enjoy what we should have been enjoying together before now but for your Christian faith. This evening, we're going out together. Prepare yourself!" The young lady raised her head, looked at her boss and still firmly turned down his demand, even though shame enveloped her completely. Her boss ridiculed her the more and even took a practical step to make the young lady give in to his demand by force. Hmm! This young lady most likely missed the rapture because even though she shunned immoral practices at work, she was guilty of some hidden sins or secret sin.

Another heart-rending scene appeared showing a religious Christian woman who would always preach to people in her neighborhood to repent and give their lives to Christ - she missed the rapture as well (because she wasn't rapturable even though she evangelized the gospel). She walked down her neighborhood with a shawl covering her head and face and her head bowed down in shame because she envisioned the mockery and ridicule that would encapsulate her should those in her neighborhood she preached to and rebuked for their sinful living - that were left behind like she was - see she missed the rapture. I wept within!

Dear Christian brothers and sisters, the bottom line is this: as a Christian who preaches the Word of God, who shares Christian posts on social media, who goes to church, calls on God and identifies publicly with Jesus, who acts holy, righteous, religious or looks godly and spiritual, who's a worker in the church, who's a soul-winner, who's a preacher of holiness and righteousness, who evangelizes the Gospel, who rebukes Christians living in sin and urge them to repent and live right, who warns sinners to repent or they'll die and go to hell, who admonish non-Christians to come to Jesus and receive eternal life, who enjoins Christians to become rapturable so they don't miss the rapture, who urges friends, family members and colleagues at work to receive Jesus and be saved, HAVE YOU THOUGHT OF WHAT WOULD HAPPEN TO YOU IF YOU SHOULD MISS THE RAPTURE?

Yes, you and I believe we won't miss the rapture, but how are you practically making sure you don't miss the rapture? As a Christian, if you fall under any of the above-mentioned types of Christians, I want you to know this truth and be extremely cognizant of it: there will be untold shame, unprecedented disgrace, mockery never heard of, prodigious ridicule, uncommon rejection, unparalleled embarrassment, and extraordinary torture, should you miss the rapture of the saints. These horrible experiences will be added to the agonizing pain you will feel for missing the rapture after professing to be a Christian. The torture and torment will be unbearable. It'll greatly be difficult and costlier to live godly at such time; not to talk of the GREAT TRIBULATION the Antichrist will bring upon all those who would refuse to receive the mark of "666" (because they still want to spend eternity with God in Heaven). They'll greatly be tortured, and would have to save their soul with their own blood. They'll personally undergo the pain, torture and agony Jesus underwent to save mankind.

Beloved, having knowledge of these things, strive to make Heaven! Strive not to miss the rapture! It'll be worthless, meaningless, painful and shameful to identify yourself as a follower of Jesus and miss the rapture. Make a U-turn today from that path of immoral living. You don't want to miss the rapture. Get ready now! Do away with all sinful practices that would disqualify you from being raptured. Repent of all compromises with the ways of the world. Repent of hypocrisy, secret sins, hidden sins, unconfessed sins, worldliness and carnality. Do the will of God and live holy indeed. Jesus is still coming back for His bride without a spot or wrinkle. His return is imminent!

"Not everyone who calls out to me, ‘Lord! Lord!’ will enter the Kingdom of Heaven. Only those who actually do the will of my Father in heaven will enter." Matthew 7:21

"Work at living in peace with everyone, and work at living a holy life, for those who are not holy will not see the Lord." Hebrews 12:14

Here's a link to the movie "THE FIRST FLIGHT" if you would like to watch it.