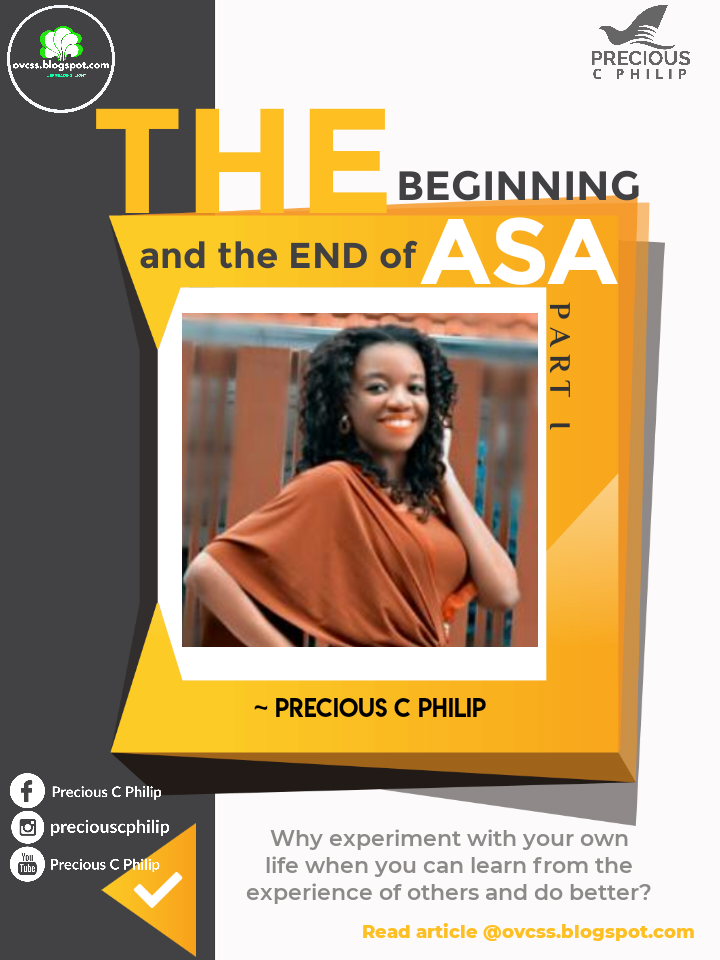 In today's article, we'll be exploring the life of a king called Asa, who started well with God, but ended pitifully because of arrogance (which took possession of him after God made him powerful). We have several lessons to learn from his life, so read to the end to be informed to live well on earth.

The story goes thus:
"When Abijah died, he was buried in the City of David. Then his son Asa became the next king. There was peace in the land for ten years. Asa did what was pleasing and good in the sight of the Lord his God. He removed the foreign altars and the pagan shrines. He smashed the sacred pillars and cut down the Asherah poles He commanded the people of Judah to seek the Lord, the God of their ancestors, and to obey his law and his commands. Asa also removed the pagan shrines, as well as the incense altars from every one of Judah’s towns. So Asa’s kingdom enjoyed a period of peace. During those peaceful years, he was able to build up the fortified towns throughout Judah. No one tried to make war against him at this time, for the Lord was giving him rest from his enemies." 2 Chronicles 14:1-6
Lesson 1: God gives you peace when you do what is pleasing and good in His sight; He also gives you rest from your enemies. No wonder Proverbs 16:7 says, "When a man’s ways please the LORD, he makes even his enemies to be at peace with him."
The story continues:
"Once an Ethiopian named Zerah attacked Judah with an army of 1,000,000 men and 300 chariots. They advanced to the town of Mareshah, so Asa deployed his armies for battle in the valley north of Mareshah. Then Asa cried out to the Lord his God, “O Lord, no one but you can help the powerless against the mighty! Help us, O Lord our God, for we trust in you alone. It is in your name that we have come against this vast horde. O Lord, you are our God; do not let mere men prevail against you!” So the Lord defeated the Ethiopians in the presence of Asa and the army of Judah, and the enemy fled. Asa and his army pursued them as far as Gerar, and so many Ethiopians fell that they were unable to rally. They were destroyed by the Lord and his army, and the army of Judah carried off a vast amount of plunder." 2 Chronicles 14: 9-13
Lesson 2: When we are doing what is right, good and pleasing in the sight of God and trouble comes or the enemy attacks; if we look to God alone for help and humbly call on Him to intervene and give us victory, God will hear and respond. He will fight for us and give us victory over that challenge, problem, trouble or unpleasant situation. That is why He promised "Call upon Me in the day of trouble; I will deliver you, and you will honor Me.” Psalm 50:15
A warning came:
"Then the Spirit of God came upon Azariah son of Oded, and he went out to meet King Asa as he was returning from the battle. “Listen to me, Asa!” he shouted. “Listen, all you people of Judah and Benjamin! The Lord will stay with you as long as you stay with him! Whenever you seek him, you will find him. But if you abandon him, he will abandon you." 2 Chronicles 15:1-2
Lesson 3: The Lord will always be with you as long as you are with Him. If you leave, abandon, neglect, ignore or forsake Him, He leaves you to yourself to face the challenges of life alone. And so, Psalm 18:25-26 says this about God "O LORD, you are faithful to those who are faithful to you; completely good to those who are perfect. With the pure You will show Yourself pure; and with the crooked You will show Yourself cunning;"
A word of encouragement came:
"But as for you, be strong and courageous, for your work will be rewarded.” When Asa heard this message from Azariah the prophet, he took courage and removed all the detestable idols from the land of Judah and Benjamin and in the towns he had captured in the hill country of Ephraim. And he repaired the altar of the Lord, which stood in front of the entry room of the Lord’s Temple." 2 Chronicles 15:7-8
Lesson 4: There is a reward for us from God for every single thing we do in His Name and for His kingdom. We reap the reward both here on earth and there in heaven. Jesus Himself promised in Matthew 10:42 "And if you give even a cup of cold water to one of the least of my followers, you will surely be rewarded.”
He also said in Revelation 22:12 "Look, I am coming soon, bringing my reward with me to repay all people according to their deeds."
End of Part l:
"King Asa even deposed his grandmother Maacah from her position as queen mother because she had made an obscene Asherah pole. He cut down her obscene pole, broke it up, and burned it in the Kidron Valley. Although the pagan shrines were not removed from Israel, Asa’s heart remained completely faithful throughout his life. He brought into the Temple of God the silver and gold and the various items that he and his father had dedicated. So there was no more war until the thirty-fifth year of Asa’s reign."
The story continues in Part II.

Watch out for the Part II next week; it reveals the horrific end of King Asa.