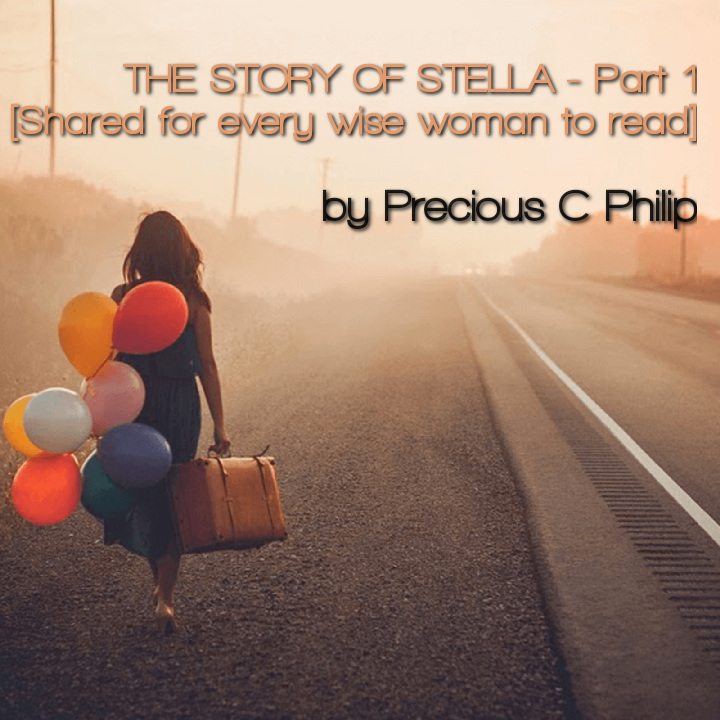 Stella had lived her life with the watchword: "Wear whatever you like as long as you're comfortable with it." She loved wearing clothes that drew attention to her alluring body parts like her boobs, tummy, thighs etc.. Even after she confessed Jesus as her Lord and Saviour, she refused to surrender this aspect of her life to the Lord for change. She continued with her indecent dressing even though she had heard so many sermons in church and read several posts on social media against indecent dressing until the day she witnessed a life-changing incident. A young man in his twenties ogling her luscious body exposed in her skimpy clothes was sexually aroused to the point that he had to forcefully sleep with a little girl in his compound that came around at such an unfortunate hour. He could not sleep with Stella to satisfy his urge, so he had the little girl that he could prevail over, and that was how the little girl became a victim of rape and lost her virginity. This truth was discovered when the police arrested the young man and he confessed. This was the point where Stella understood the wisdom of God in admonishing Christian women to dress modestly and decently. That was the turning point for Stella.
Do you know that like Stella, you're probably guilty of rape if you've been dressing indecently for a long time now? Many men who rape women do not just wake up, see a woman or a little girl passing by on the street and sexually abuse her. It usually starts with lust, which is often triggered by looking at women indecently dressed walking across the street or viewing such pictures on social media, the lust builds up and generates a strong sexual urge with a passionate desire to gratify the urge, leading some to either masturbate, fornicate or forcefully sleep with anyone around them, regardless of how blood related they are or how unrelated they are.
Dear sister who sees nothing wrong with indecent dressing, any time you dress indecently, you're putting a young girl or another woman at the risk of being raped, and whoever becomes a victim, you're a culprit in heaven's court of law and you'll give account of it on the last day. The earthly court of law may not hold you guilty, but the heaven's court of law sees everything and you'll be judged accordingly. Many people are quick to judge rapists but a lot of women are an accomplice of the crime. Don't just dress for yourself. Dress with other people in mind. It's not just about you alone. It's about the safety of every woman out there. It's about the mental health of every man out there. Our society blames, curse, and wish capital punishment or life imprisonment for every man caught in the crime of rape, but what about the women who ignited and fueled the sexual urge? Not every man has self-control. Some are still building it, so they're still vulnerable to sexual temptations.
Do you know how many people you may have sent to their early grave because a man without self-control was ogling your body while driving and lost control of the steering leading to a fatal or serious accident? Please my dear sister, it is time to stop working for the devil. You have worked for him for long; it is time to work for God and stop yielding your body to the devil to accomplish his wicked plans.
"No one should seek their own good, but the good of others." 1 Corinthians 10:24.
"Don't be concerned only about your own interests, but also be concerned about the interests of others." Philippians 2:4
God bless you.
[Watch out for the Story of Stella -Part II]
Labels: Precious C Philip. Godly Articles.